This legendary soundtrack will be performed in live, alongside the movie and its dialogs, by a full symphonic orchestra of more than 70 musicians. They will pay a tribute to the enchanting and lively score composed by Klaus Badelt based on Hans Zimmer’s themes. See what it looks like here:

This fascinating runaway hit tells the story of an upstanding young blacksmith (Orlando Bloom) who enlists the help of an eccentric, dishonest pirate (Johnny Depp) to rescue the beautiful young woman (Keira Knightley) with whom he is in love and who has been kidnapped by cursed, undead pirates. This swashbuckling adventure is not to be missed! 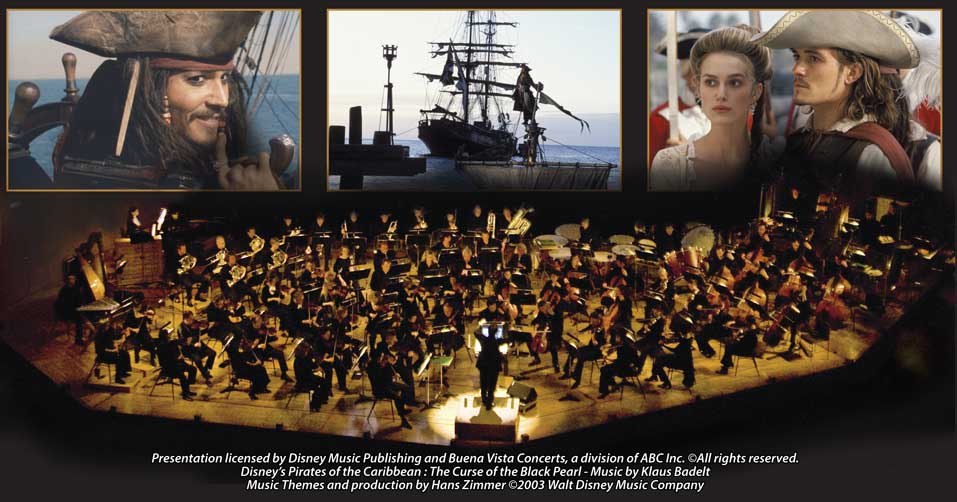 Le Grand Rex : Just nearby the Opera Garnier, the Grand Rex is one of the most charming and oldest concert venues in France. Built in 1893, the Grand Rex is an historic venue in Paris which offers every year the premiere of the latest Disney movie, a 30 year-old tradition. It has also welcomed international guests such as Sheryl Crow, BB King or even Joe Satriani and also major event such as Disney’s “Magic Show” or “Frozen” show.